This profile was last updated in 2005 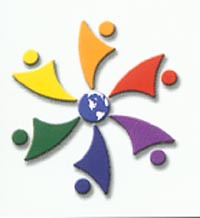 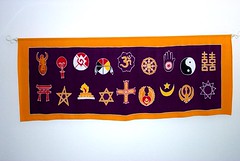 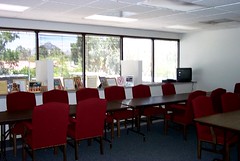 The Arizona InterFaith Movement (AIM) began in 1996, when Dr. Paul Eppinger (former Director of the Arizona Ecumenical Council) began to organize monthly meetings between Valley religious leaders. These sessions resulted in the creation of a steering committee for the InterFaith Action Coalition of Arizona; this group eventually reorganized to become AIM. The movement reflects a diverse sample of the religious communities found in central Arizona, with membership drawn from local Jewish, Christian (including Roman Catholic, Protestant, the Church of Jesus Christ of Latter-Day Saints, Christian Science and others), Muslim, Buddhist, Hindu, Jain, Sikh and Baha’i communities. A core group meets monthly to discuss the goals and aims of the movement, while every four to six weeks the general membership is invited to attend “Faith Forums”– specific and detailed introductions to particular religious traditions. In addition, AIM sponsors Bi-monthly Worship/Fellowship meetings — held in various religious centers such as churches, mosques, synagogues, temples and gurdwaras — in which AIM members participate in the religious lives of the various communities in a direct, in-depth experience. The Arizona InterFaith Movement serves as a clearinghouse for information about local religious communities, helping provide contacts and speakers to area schools and churches who express interest in particular religious groups. AIM sponsors an annual “Voices of Faith” Concert, held at Phoenix Symphony Hall, which showcases spiritual music drawn from each of the religious communities represented in the movement. The group also comes together to work with local chapters of Habitat for Humanity. In May, 2003, the group succeeded in having the State Legislature declare Arizona the “Golden Rule” State, emphasizing the importance of reciprocity as the cornerstone of interfaith mutual respect and support. Future plans include increasing AIM general membership and expanding the number and types of religious communities within the organization.