This profile was last updated in 2018 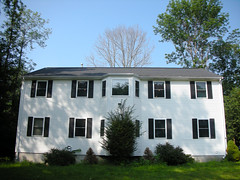 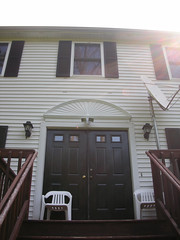 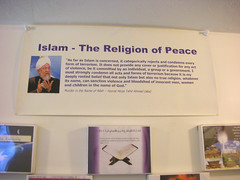 The Ahmadiyya Muslim Jama’at (community) is a religious organization, whose point of origin stems from a 19th century Islamic revivalist movement in the Punjab region of South Asia. In 1889, Hadhrat Mirza Ghulam Ahmad proclaimed himself to be the awaited messiah or Mahdi (“guided one”) and Mujaddid (“reformer of the age”) of the Muslim community -a new prophet to bring the revitalization of Islam to the modern world. Though Hadhrat Mirza Ghulam called himself a prophet, he felt there was no challenge to Muhammad’s place as the “seal of the prophets,” a phrase more narrowly understood by the Hadhrat to mean Muhammad was the final law-bearing prophet of Islam. However, many of the world’s Muslim leaders find the Ahmadi idea of prophethood heretical and consider the revivalist group non-Muslim. The Ahmadis faced increasing intolerance in Pakistan during the 20th century, climaxing with discriminatory laws in 1984, which led the Ahmadiyya Khalifa (the religious leader of the Ahmadis) to move to the UK. Nonetheless the Ahmadi community has continued to thrive, with mosques across the globe and large numbers of conversions, serving somewhere over ten million followers. To strengthen the bonds of this ever-growing community, Ahmadis run an international satellite network, Muslim Television Ahmadiyya, and meet annually at three-day conventions held in many countries around the world. Ahmadi Muslims came to the United States on formal proselytizing missions in the 1920s. The Boston Chapter of the Ahmadiyya Movement in Islam finds its beginnings in the 1960s when the first Ahmadis moved to Massachusetts, meeting at local homes to worship together. As numbers increased over the next two decades, the community was finally able to buy a rural plot of land in Sharon as a site for a future mosque. Though the land was bought in the late 1970s, the mosque was not built at the site until 1997. Since the mosque’s completion the membership has expanded, as Ahmadis from across Massachusetts, Rhode Island, and Maine travel to the only Ahmadiyya mosque in Massachusetts to find their common community. In recent years, the mosque lost seventy of its members when Ahmadis living in western Massachusetts started their own chapter closer to their homes.

The Ahmadiyya Movement in Islam, Boston Chapter mosque is a two-story building off of a small country road in Sharon, Massachusetts. Due to budgeting constraints, the mosque was designed much like the surrounding houses of the neighborhood and may be mistaken for a home if not for the lack of a front door and large bay windows on both floors. It has a qibla (a space in a mosque that marks the direction of Mecca, which all Muslims face during prayer). The main entrance to the mosque is located at the back of the building. The first floor contains the men’s prayer space, a full kitchen, offices, and space for worshippers to place their shoes. The second floor is dedicated to the women’s prayer space and two small bedrooms for visitors. Both prayer spaces are equipped with large flat screen televisions by which the mosque is able to watch important events in the Ahmadiyya community, including broadcasts on Muslim Television Ahmadiyya, the global Ahmadi network. Finally, the basement is a large open space used for social and religious events as well as small committee meetings. The worshippers of the mosque hope to make additions and renovations to the building so that there might be more Islamic elements added to the architecture along with a missionary residency, which would be open to Ahmadis visiting the Boston area.

The three main activities of the mosque (outside of worship) center on education, humanitarian work, and interfaith activity. To run all such activities, members of the mosque are divided into 5 different groups that each serve a different age and gender bracket: three men’s groups, and two women’s groups. Groups are arranged as such in all Ahmadiyya communities, since it was decreed by the second Khalifa (the religious leader of the Ahmadis), Mirza Basheer-ud-Din Mahmood Ahmad, in the early 20th century. Members of the Ahmadiyya Movement from across the USA come together once a year for a three-day convention called the jalsa salana, or community meeting. Ahamdis of the Boston Chapter have attended the event on multiple occasions, but most members have watched the important event online or together on the mosque’s satellite television. The Boston Chapter provides religious education for both children and adults. Over the weekends, the mosque holds religious classes for children and sponsors special events throughout the year, such as Islamic knowledge competitions and a cultural diversity day. Adult classes are usually conducted online, in subjects such as Qur’anic recitation and Arabic. Members of the Boston Chapter mosque are also working together to translate important texts and speeches of the prophet Hadhrat Mirza Ghulam and his predecessors into English. Community service activities are conducted locally via walkathons and donations of clothes and food to shelters. Also, the organization is linked to Humanity First, a global aid organization started by the fourth Kalifa (Mirza Tahir Ahmad) in the 1990s. Major projects by Humanity First include disaster relief for victims of Hurricane Katrina, Kansas Tornadoes, the Kashmir earthquake, and the Asian Tsunami. Also, many Ahmadi communities in the United States host an annual Humanity First Walkathon to raise money for health projects around the world.

A rallying statement for the Ahmadiyya community is “Love for all, hatred for none.” As a religious community facing religious opposition since its inception, the Ahmadis have worked hard to create religious harmony and understanding in their diverse communities. Each chapter of the international Ahmadi community is required to participate in interfaith dialogue of some form. Members of the Ahmadiyya Movement in Islam, Boston Chapter consistently schedule interfaith events on their community calendar. Many of these events include open houses for local residents to visit to the mosque and ask questions about Islam and Ahmadiyya beliefs. Leaders of the center also maintain connections with local religious leaders and interfaith initiatives, and have sat on the The Interreligious Center on Public Life, located at Andover Newton Theological School, Hebrew College, Christian Academy College, Harvard Divinity School and Eastern Nazarene School. It has been difficult for the Ahmadi community to make connections with other local Muslim groups, due to the contentious place of the Ahmadi community in the global Muslim community. Nonetheless lay leaders of the Islamic Center of New England (Sharon) and of the Islamic Masumeen Center of New England have made visits to the Ahmadi mosque to give lectures, as a symbol of goodwill towards the center.