The Zoroastrian tradition traces its history to the Prophet Zarathushtra, who lived 3,000 years ago in ancient Iran. Zoroastrian teachings are often summarized as “Good Thoughts, Good Words, Good Deeds.” After evolving separately for centuries in Iran and India, the two streams of the Zoroastrian tradition have come back together in America. In Boston, the community is small but vital: the 150 families affiliated with the Zoroastrian Association of Greater Boston celebrated their 25th anniversary in 2009. Looking forward, local Zoroastrians hope to develop the Zarathushti Center of Boston as a dedicated place for worship, gathering, and education.

In the town of Bedford, northwest of Boston, forty children and adults have gathered for the monthly Sunday School. It is a time for the children to learn about their faith, and, together with their parents, to share in a sense of community. Before classes begin, they come together in a circle for prayer. Everyone, young and old, male and female, covers his or her head, most with a small topi, or hat. Holding hands, heads bowed slightly, they say the daily prayers. Soon after, the children meet in small groups to learn about the Zarathushti religion, often referred to as “Zoroastrianism.”

In one classroom, nine and ten year old children participate in a quiz about Zarathushti faith and practice, based on a popular game show. Their teacher, who is also one of the community’s mobeds, or priests, engages the kids in a game “Zeopardy.” In a class of younger children, just five to seven years old, students enthusiastically raise their hands when asked to describe the three moral precepts of the Zoroastrian faith: “Good thoughts, good words, good deeds.” They are also learning to write the words in the Avestan language: Humata, Hukhta, Huvarshta. The children describe the good deeds they have done recently, and discuss their class project: raising money to build a school. The children in the Sunday School has been saving up change in their piggy banks for a charity project. These children, many of whom are second-generation Americans, are learning to live out the precepts of an ancient faith in a modern society. At the same time, they are preparing to become ambassadors of the little-known faith in America.

History of the Zoroastrian Tradition

The Zoroastrian tradition traces its history to the Prophet Zarathushtra, who lived sometime between 1,000 and 1,750 BCE in ancient Iran. Though Zoroastrians are small in numbers today, their tradition has played a significant role in the religious history of both Iran and India. With strong imageless monotheism, and a view of good and evil as contesting powers in creation, Zoroastrian theology had an important influence in the evolving Jewish, Christian, and Muslim traditions of the West. The scripture of the tradition, which is called the Avesta, is related both in language and concept to the most ancient Indian literature, the Vedas.

The Zoroastrian tradition flourished in Iran as the state religion of the Achaemenid kings in the 6th century BCE, and was influential in Iran until the coming of Islam in the 6th century CE, when there was a large migration of Zoroastrians to India. Today, the majority of Zoroastrians live in the Indian subcontinent where they are known as “Parsis” because of their Persian origins. It is estimated that less than 10% of the world’s Zoroastrian population lives in Iran, while some 10% of the population is in diaspora, in places such as Europe, Canada, Australia, and the US. The Federation of Zoroastrian Associations in North America estimates the population to be between 10,000 and 14,000. The Zoroastrian community in America is made up primarily of immigrants from India and Iran: in Greater Boston, it is estimated that 90% of the community is Parsi.

The first Zoroastrian came to Boston as a student in the 1950s; since then, the community has enjoyed strong ties with local academic institutions. In the late 1970s, Dr. Dastur Kotwal came to the Center for the Study of World Religions at Harvard from Mumbai. Together with the visiting Dr. Khojeste Mistree, these scholars played a critical role in inspiring Boston-area families to form an organization. At the time, a few Zoroastrian families gathered regularly to celebrate holidays. By 1983, the constitution for the new group was signed; in 1984, the Zoroastrian Association of the Greater Boston Area (ZAGBA) was formally recognized by the State of Massachusetts.

The presence of students and scholars in the Greater Boston area has contributed to the unique character and activities of this community. The Zoroastrian Students Group holds monthly meetings of the Gatha Study Group on the Harvard campus, and a Zoroastrian chaplain—who is not a mobed, but a CEO and learned community member—serves both Harvard University and MIT. Another distinctive aspect of the Boston Zoroastrian community is the leadership: ZAGBA’s board members are young, most in their 30s.

Since the Zoroastrian tradition does not accept conversion, and discourages marriage outside of the faith, a common topic of discussion in the US context—and beyond—is how the faith will continue to thrive. While in India and Iran, numbers of Zoroastrians are dwindling, the Zoroastrian population in the US is growing. In diaspora communities, many have begun to question the orthodox position on conversion and intermarriage. On an institutional level in Greater Boston, there is a commitment to welcoming all who are interested in the Zoroastrian faith to participate in meetings and gatherings. ZAGBA is proud of the involvement of many interfaith families in community events.

In 2009, ZAGBA recently celebrated its 25th anniversary: once just a few families, 25 years later there were more than 150 affiliated families across New England. Looking forward, they hope to develop a “home” for the Zoroastrian community in Greater Boston after decades of gathering for worship and education in rented halls and facilities. Leaders envision a Zarathushti Center of Boston that will strengthen bonds within the community and provide greater opportunities for outreach and engagement. Parastu Dubash, former ZAGBA president, hopes that in the years ahead: “…we continue to be recognized both within and from outside as a religious organization that welcomes others, [and] that we forge greater relationships with other faith groups in Boston.”

“Sugar in the Milk”

According to popular legend, when Zoroastrians first arrived in India more than one thousand years ago, a local king greeted the strangers with a full vessel of milk. Filled to the brim, this symbolized that there was no place for them. A Zoroastrian mobed responded by adding sugar to the milk, suggesting that the new arrivals would not disturb their adopted country, but they would make it sweeter and better. In India, Parsi contributions to philanthropy and business have proven to be far greater than their modest size. Today, a new generation of Zoroastrians is making the United States—and Greater Boston—their home. Many carry forth this parable of being “the sugar in the milk,” and hope to “sweeten” their new homeland by living out “Good Thoughts, Good Words, and Good Deeds.” 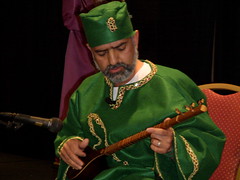 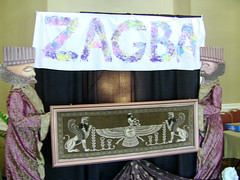 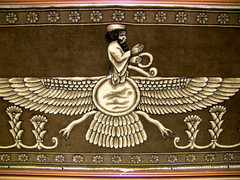 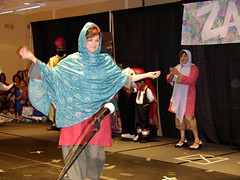 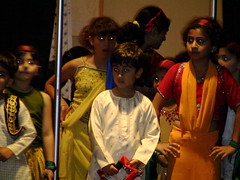 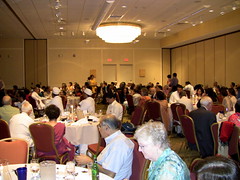 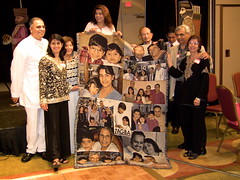 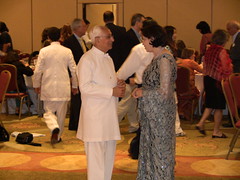 Resources for Zoroastrianism in Boston