One of the world’s oldest living traditions, Judaism traces its historical roots to the confederation of tribes living over 3,000 years ago in the land between Egypt and Mesopotamia. The five books of the Torah and the twenty-four books that compose the Hebrew Bible are central to the historical development of Judaism. The study and interpretation of the Torah continues to play a central role in Jewish life. Jewish immigration to the United States from Poland, Russia, and Germany during the nineteenth and early twentieth centuries solidified Judaism’s place as one of the most prominent religious traditions in Greater Boston. Today, there are over 248,000 Jews living in Boston, representing every major denomination.

On a Friday evening, couples and families dressed in business casual attire sit together reciting prayers and Scripture and greet each other with “Shabbat Shalom!” On a Saturday morning, men in suits, covered with tallit (prayer shawls), and women in long skirts or dresses also celebrate Shabbat through prayer recitation and Torah study. During the week, Jews can gather at the Jewish Community Center, shop at kosher butcheries, attend events planned by Jewish organizations, study at Jewish-affiliated colleges and rabbinical schools, and engage in ritual immersion at women’s and men’s mikva’ot. These snapshots of contemporary Jewish life represent the tradition as it stands today in Greater Boston — a diverse infusion of the spiritual, ritual, educational and social, encompassing Jews from a wide range of traditions and perspectives.

Judaism’s earliest history in Boston, detailed more extensively in this timeline, rests primarily with individuals, and lacks any form of organized Jewish community. In 1649, a Sephardic Jew named Solomon Franco arrived from New Amsterdam (later New York City) and became the first Jew to live in the Boston area; however, he soon left the Puritan colony for Holland. Historical records from 1674 and 1695 indicate persons by the names of Rowland Gideon, “the Jew,” and “Samuel the Jew.” Years later, in 1720, an Italian Jew named Judah Monis settled in Boston and in 1735 he published A Grammar of the Hebrew Tongue, the first Hebrew grammar guide and the first book to use Hebrew type to be published in America. Monis began teaching at Harvard, but only after he publicly converted to Christianity before a large crowd gathered at the University’s College Hall.

In 1843, more than a century after Monis’ conversion, Bostonian Jews formed the congregation of Ohabei Shalom, meaning “Lovers of Peace.” In 1852, Temple Ohabei Shalom became the first synagogue in the Boston area, marking the transition in Boston Jewish history between a record of Jewish individuals to a record of Jewish congregations and organizations. Ohabei Shalom was followed by Adath Israel in 1854, founded by a group of German Jews who decided to break away from Temple Ohabei Shalom. Likewise, Mishkan Israel (now Mishkan Tefila) was founded in 1858 by Polish families who left Ohabei Shalom. Though all have since moved from their original locations, Temple Ohabei Shalom, Adath Israel (known today as Temple Israel) and Congregation Mishkan Tefila continue to be part of the thriving Jewish communities in Greater Boston. The unique foundation and history of each congregation foreshadow the subsequent expansion and diversification of the Jewish community in Boston, largely fueled by immigration from Germany, Russia, Poland, and Lithuania.

As of 2015, there are 248,000 Jews living in Boston. This number includes Reform, Conservative, Orthodox, Reconstructionist, Sephardic, Chabad/Lubavitch, and unaffiliated Jews. The World Religions in Greater Boston directory lists over 100 Jewish organizations, including synagogues, campus associations, Jewish advocacy groups, and centers of ritual observance, such as mikva’ot and Torah study groups. Such a vast array of organizations is representative of the diversity of the Jewish population in Greater Boston. Within this diversity there is the encounter of diverse commitments regarding, among other issues, what it means to be Jewish, the American Jewish relationship with the state of Israel, and the role and interpretation of Torah. This resource captures the modern offshoots of foundational Jewish synagogues, as well as some of the more contemporary Jewish groups and organizations.

Temple Ohabei Shalom, Congregation Mishkan Tefila, and Temple (Adath) Israel hold a unique place in Boston’s history and the contemporary experience of Judaism in Boston. Temple Ohabei Shalom, the oldest synagogue in Boston, continues to be a vibrant congregation and is now located in the heart of Brookline. “Progressive in attitude, yet traditional in practice,” Ohabei Shalom proudly celebrates its history, while also making history through its elevation of a woman to the rank of senior rabbi, welcoming lesbian, gay, bisexual and transgender people, and accepting interfaith families. Congregation Mishkan Tefila, now sharing a space with Congregation Kehillath Israel in Brookline, stands as the oldest Conservative synagogue in Boston. Temple (Adath) Israel, like Ohabei Shalom, has transitioned from an Orthodox to a Reform synagogue. Now located on Longwood Avenue in Boston, it explicitly welcomes interfaith families, convert Jews, multiracial families, gays and lesbians, and members of all generations.

More recent day schools, synagogues, and centers in Greater Boston have also been pivotal in shaping the contemporary Jewish experience.  There are over a dozen Jewish day schools in the Greater Boston area, across multiple denominations. The oldest of these is the Maimonides School, a Modern Orthodox day school located in Brookline, founded in 1937. More recent synagogues and centers include Havurat Shalom, Young Israel of Brookline, and Mayyim Hayyim. Havurat Shalom, founded in 1968 and located in Somerville, was one of the pioneers in the Chavurah movement. The Chavurah movement took hold in the 1960s and 1970s, rooting itself in entirely lay-led services and remaining unaffiliated with traditional Jewish denominations. Havurat Shalom conducts egalitarian services using its own prayerbook and places a strong emphasis on the pursuit of social justice. Young Israel of Brookline is one of the largest Orthodox congregations in New England; the congregation functions as a space for numerous groups, from Israeli Jews studying in America to families with young children who play games among the pews while their parents study Scripture and pray. Finally, Mayyim Hayyim is a contemporary women’s and men’s mikvah located in Newton. Historically, Jewish women were required to immerse themselves in a mikvah following menstruation. Mayyim Hayyim, however, practices ritual immersion of both women and men. Some perform this ritual immersion to fulfill a divine commandment and purify the body, while others do so out of a sense of empowerment or a desire to mark a particular transitional period.

Organizations such as the Jewish Community Relations Council, Combined Jewish Philanthropies, American Jewish Congress, American Jewish Historical Society, and schools such as the Jewish-affiliated Brandeis University and Hebrew College work to build bridges and create bonds between those of differing philosophies and denominations. Each provides social, educational, and/or advocacy resources for Jews living in the Greater Boston area. The Jewish Community Relations Council is also an active member of the Greater Boston Interfaith Organization, working with other religious organizations to campaign for affordable housing and universal healthcare.

In 2003, Hebrew College established a transdenominational rabbinical school. As of 2019, sixty students were enrolled in the rabbinical program. The Betty Ann Greenbaum Miller Center for Interreligious Learning and Leadership, established in 2016, is also housed at Hebrew College. Through graduate and adult education, professional development, and publications, the Miller Center trains religious and ethical leaders to serve in a religiously diverse society. Additionally, Hebrew College is a member of the Boston Theological Institute (BTI) and a partner of various non-BTI academic institutions. These partnerships allow students to engage in interfaith dialogue and study, thus shaping future religious leaders who are well-versed in their own religious traditions and the religious traditions of others.

Jewish organizations in Boston have also shown a sustained commitment to social justice in Greater Boston. Since the early 20th century, Boston’s Workmen’s Circle Center for Jewish Culture and Social Justice has been a Jewish community rooted in social justice. Today, Workmen’s Circle is a multi-generational community, as well as an arts and culture center where Jewish identity is rooted in cultural heritage and the pursuit of a better world. Jewish Organizing Institute and Network for Justice (JOIN for Justice) formed in 1998 is a Boston based organization dedicated to training, supporting, and connecting Jewish organizers and their communities.

At the 2009 annual luncheon of the Jewish Community Relations Council, Executive Director Nancy Kaufman laid out a five year plan for JCRC and the many Jewish organizations in Boston, which JCRC represents. This plan included relationship building, leadership training among both lay and clergy, and social activism. It is clear that the Jewish community in Boston continues to actively engage in each. Throughout its long history, Judaism in Boston has evolved into the diverse reality of today, briefly outlined here, but lived and celebrated in far more complexity in the daily lives of Boston’s Jews. Indeed, Boston’s Jewish history shows a transition from a history of individuals to a history of synagogues and, finally, to an expansive network of centers, groups, and organizations that inform the lived experience of Judaism in Greater Boston. 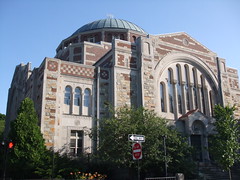 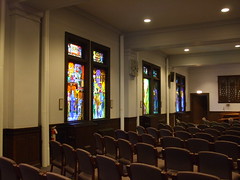 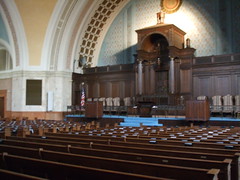 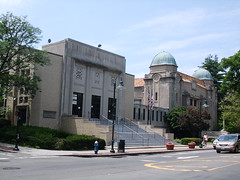 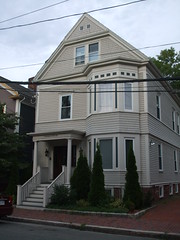 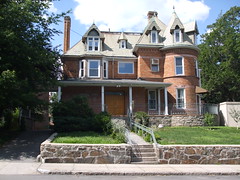 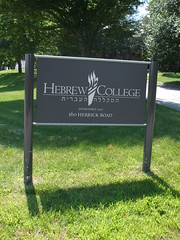 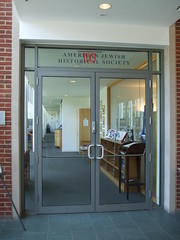 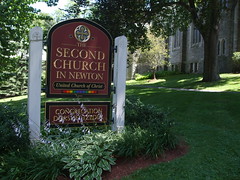 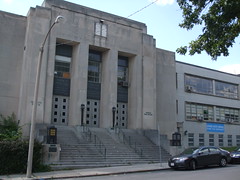 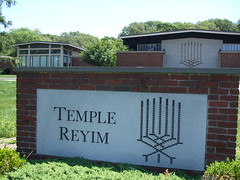 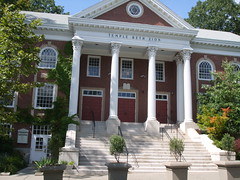 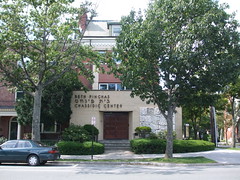 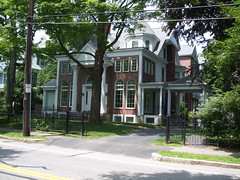 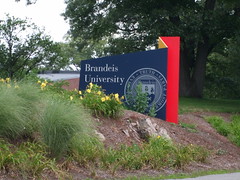 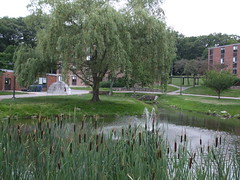 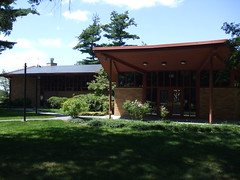 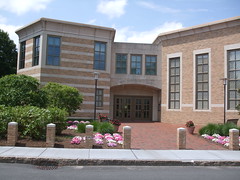 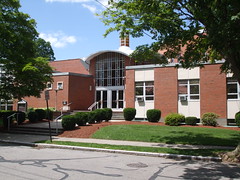 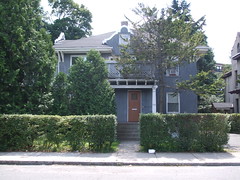 Resources for Judaism in Boston