Though there are significant Chinese, Japanese, Vietnamese, and Korean immigrant communities in Greater Boston, East Asian traditions such as Confucianism, Daoism, and Shintō are difficult to survey as there are very few religious centers. These traditions are deeply imbedded in the unique history, geography, and culture of their native countries and are often practiced in forms that are not limited to institutional or communal settings.

What Westerners label “Confucianism” is known by Chinese, Korean, Japanese, and Vietnamese followers as the “Scholarly Tradition.” Confucianism does not have a strong institutional presence in Greater Boston, mostly because of the deep connection the tradition has had with the social and political structures of East Asia. For some, however, the scholarly values and symbols of Confucianism serve as important reminders of the cultural and philosophical legacy of their ancestors, and as relevant touchstones for thinking about ethics and modern life in the United States.

The Shintō tradition is deeply linked with the Japanese land and people. Spiritual sensitivity to natural landmarks and the reverence for the spirits that reside in the natural world foster appreciation for Shinto practice in America. Shinto priests make offerings to the local kami (deity), and are also called upon to perform purification ceremonies for groundbreakings and businesses. In Greater Boston, the Shintō tradition does not have a large presence, as there are no local shrines. However, many devotees have private shrines and maintain a dedicated Shintō practice in the privacy of their homes.

The ancient Chinese sage Lao-Tzu from the sixth century BCE taught a way of living in harmony with the Dao (“the Way”). Taoist traditions and practices, such as T’ai Chi, have influenced generations in China and continue to extend their influence in America. The characteristics and clientele of contemporary associations differ significantly from the earlier folk Taoist establishments, in that they frequently have a large non-Chinese following. In many, such as the Center for Traditional Taoist Studies in Weston, Massachusetts, the students and teachers are Euro-American. Although there are only two Dao centers in Greater Boston, there are many T’ai Chi centers, which draw on Daoist philosophy without focusing on the traditional religious aspects of the Dao. 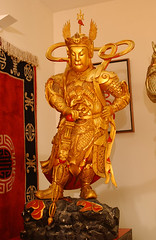 The God of the Temple 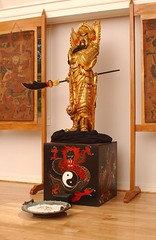 Guan Di, the God of War 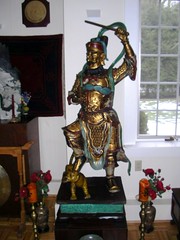 The God of Wealth 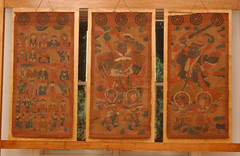 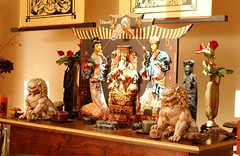 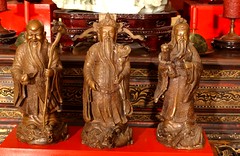 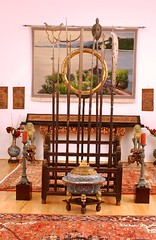 Resources for Daoism in Boston