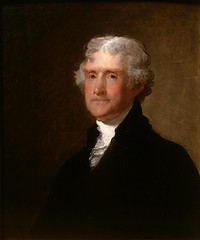 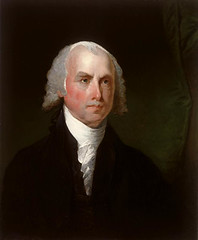 America’s war of independence was about liberty—political liberty, civil liberty, and religious liberty. Following the revolution, America developed a radical new framework for building a nation out of peoples who differed, sometimes intensely, in matters of religious conscience. The sixth article of the U.S. Constitution set forth the principle that there would be no religious test for those holding public office. The First Amendment of the Bill of Rights stated that there would be no “establishment” of religion and that the “free exercise” of religion would be guaranteed for all.

The roots of America’s bold affirmation of religious freedom can be traced to Virginia, where the Church of England had been the established state church, receiving special government support and privileges. Virginia had been severe in enforcing restrictions against religious “dissenters.” But in 1776, its legislature passed the Virginia Declaration of Rights, which included an amendment supporting the “fullest toleration in the exercise of religion according to the dictates of conscience.”

Tolerance was surely a step forward in Virginia. However, for a twenty-five year old legislator named James Madison, it was not enough. He proposed an alternative amendment, shifting the language from the “toleration” of religion to the “free exercise” of religion. As Madison saw it, the practice of religion was an inalienable right that the State should recognize and protect, not just tolerate. This change was crucial, and his vision carried the day.

Even though others could now practice freely, the Church of England was still the state church in Virginia. Thomas Jefferson, drafter of the Declaration of Independence, then launched the battle against an established church. In his view, to have any state-supported church still restricted the “inalienable right” to religious liberty. In 1777 he brought the vision of the revolution home to Virginia by drafting “An Act for the Establishment of Religious Freedom,” arguing that the inalienable right of freedom of conscience was limited by the establishment of any religion. Establishment occurs when a religious group receives preferential treatment and privileges from the government, when government funds are used to support a religious institution, or when the right to hold public office is linked to religious belief. In Jefferson’s bill the government could restrict religion only if religious beliefs led people to violate the “peace and good order” of society. In all other cases, the Government would not interfere in matters of conscience.

The battle over disestablishment in Virginia went on for ten years, right through the Revolutionary War. In the course of the discussion, the eloquent statesman Patrick Henry introduced another proposal: to provide financial support to all religions. He argued that the State should actively support religion as it serves to instill morality and thus helps make good citizens. Here James Madison raised his voice again. In 1785, he wrote his famous “Memorial and Remonstrance,” a carefully crafted document arguing that the State is not a competent judge of religious truth and has no business interfering in such matters. “Whilst we assert for ourselves a freedom to embrace, to profess, and to observe the religion which we believe to be of divine origin, we cannot deny an equal freedom to those whose minds have not yet yielded to the evidence which has convinced us,” Madison stated. Finally, in 1786, the Virginia Statute for Religious Freedom was passed. It became a model for the principles of separation of church and state and the protection of religious freedom that were then enshrined in the Bill of Rights in 1791.

After the Revolutionary War, when representatives of the states met to frame the Constitution, the new nation opted for the separation of religion from the state and for freedom of religious conscience and practice. The Constitution, ratified in 1787, contained a guarantee that no government office could be denied to anyone on the basis of religion. When the Bill of Rights was added to the Constitution in 1791, it guaranteed that “Congress shall make no law respecting an establishment of religion, or prohibiting the free exercise thereof.”

These sixteen words, often referred to as the “religious liberty clauses,” have become the sturdy basis of two important principles. First, no particular religion can receive favored treatment by the U.S. government as an “established” religion. In other words, there should be what is often referred to as the “separation of church and state.” Some have also insisted, as the U.S. Supreme Court now holds, that “no establishment” also means that the state should not favor religion over non-religion but maintain a neutral position. Second, the principle of religious freedom and the “free exercise” of religion is constitutionally protected.

With the variety of colonial experiments in religious establishment and toleration, it was in part a matter of practical necessity that the new federal government should neither establish any particular religion nor prohibit any religion’s free exercise. But it was also a matter of principle and vision. Though the framers of the Constitution thought primarily in terms of Christianity’s own diversity, the principles they built into the Bill of Rights have guided America as it has struggled to appropriate growing religious diversity. Nevertheless, even within a few years of the Bill of Rights, the Maryland House of Delegates still had legislation on the books prohibiting Jews from holding public office. Not until 1826, after nearly a decade of struggle, was this legislation repealed.

Forty years after the Bill of Rights was adopted, a young Frenchman, Alexis de Toqueville, travelled widely in the new America and observed the spirit that seemed to animate its democracy. His influential book, Democracy in America, provides a standpoint from which to take stock of this new experiment in religious liberty. He discovered, to his surprise, that severing any tie between church and state actually made religion stronger rather than weaker. Churches were now voluntary communities, requiring the support of parishioners to survive. The vibrancy of America’s religious life in all its multiplicity astonished Toqueville, as did the spirit of voluntarism distinct to America’s religious communities. He further observed that the many different sects and denominations seemed to live more or less in harmony and attributed that harmony to the principle of the separation of church and state. But he also called religion the “first of political institutions,” by which he meant that even though the churches were not directly involved in politics as such, religion was still extremely influential in the political sphere.

The complex relationship between religion and politics can be seen in new forms in the late twentieth century. To commemorate the bicentennial of the call for a Bill of Rights, the Williamsburg Charter Foundation drafted “The Williamsburg Charter” in 1988 as a reaffirmation of the principles of religious liberty found in the Bill of Rights. The Charter was signed by a wide range of representatives from government and law, education and business, as well as by representatives of Christian, Jewish, Muslim, and Buddhist communities. As described by the First Liberty Institute at George Mason University, “The Charter sets forth a renewed national compact, in the sense of a solemn mutual agreement between parties, on how we view the place of religion in American life and how we should contend with each other’s deepest differences in the public sphere. It is a call to a vision of public life that will allow conflict to lead to consensus, religious commitment to reinforce political civility. In this way, diversity is not a point of weakness but a source of strength.”

The Williamsburg Charter affirms that America’s distinctive stance on religious liberty is not simply a historical landmark but an ongoing challenge to be met in each generation. Today, as the religious landscape of America becomes multi-religious, the legacy of Jefferson and Madison is being appropriated anew by Muslim, Buddhist, and Hindu Americans.

In 1993, concern over what many felt to be the erosion of religious liberty led to the passage of the Religious Freedom Restoration Act (RFRA), the most significant legislation on the matter since the First Amendment itself. The immediate impetus for it was a controversial Supreme Court decision in 1990 (Employment Division of Oregon v. Smith) in which the Court ruled that the “generally applicable” law against drug use in Oregon justified the dismissal of Mr. Smith, a Native American, from his job because of his religious use of peyote. Many critics insisted that this ruling seriously damaged the First Amendment protection of religious freedom. Since “generally applicable” laws are passed by the majority, critics argued that the ruling would be especially hard on minority religions. When Congress passed RFRA, it affirmed once again that freedom of religion is not subject to vote of the majority, but is a foundational freedom for all Americans.

The Supreme Court, however, severely limited the scope of RFRA in a case entitled City of Boerne v. Flores (1997). In this case, the Catholic Archbishop of San Antonio invoked RFRA to challenge a local zoning board decision as a violation of his congregation’s free exercise of religion. The Supreme Court rejected the claim, concluding that Congress did not have the power to redefine a constitutional right. Because the First Amendment as interpreted by the Smith Court did not require a compelling state interest for a generally applicable law, Congress could not impose such a requirement on the states. Congress, however, could impose such a requirement on the federal government. RFRA, accordingly, still remains valid for federal laws and regulations.